PEOPLE EXPOSED TO FLU AS CHILDREN MORE LIKELY TO FIGHT IT WHEN OLDER: RESEARCH

The type of flu strain you get exposed to as a child may make you stronger to fight it later in life.

Researchers from the University of Arizona used over 9000 cases of flu to better understand why some people were getting sick while others stayed relatively healthy when exposed to the same type of flu virus. 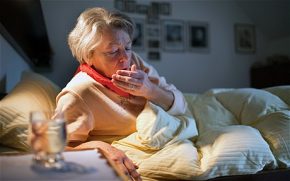 For example, they noticed the elderly were more likely to get seriously ill and even die when exposed to a type of flu called H-3-N-2 while children stayed healthy.

The researchers suggest these older people were born in a time when they weren’t exposed to H-3-N-2 so their bodies had never had a chance to strengthen an immune response.

The study results show that in people who were exposed to a specific type of flu as a child, the immune response was strengthened, so later in life that type of flu was less likely to make them sick.