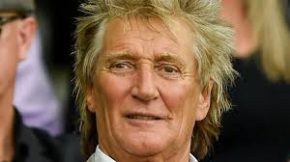 The British singer’s 10th chart topper “You’re In My Heart”was released on November 22nd. It hit stop spot last week after a sales duel with singer Robbie Williams and The Who.

This latest release is an orchestral album which features new versions of some of his classic tracks, including “Sailing” and “I Don’t Want to Talk About It.”

According to the Official Charts Company, with the win Sir Rod passes Paul Simon by three months.

However, Stewart has some way to go to beat the oldest female to top the album charts.

Dame Vera Lynn scored a number one in 2014 when she was 97 with the collection “Vera Lynn: National Treasure.”