One of the original stars of the French new wave cinema in the 1960s has died at the age of 79. 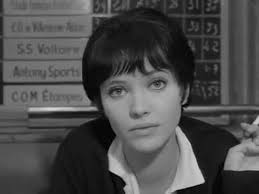 She was originally from Denmark but moved to Paris at the age of 17 after visiting the city with her father when she was 14. She was discovered by the legendary Coco Chanel and then Godard.

The French culture minister announced her death on Twitter yesterday saying she had died from cancer on Saturday. Franck Riester tweeted that “French cinema has lost one of its legends.”