Oscar-nominated actor Danny Aiello has died at the age of 86. 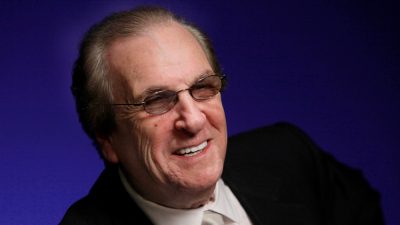 A statement from his representative says Aiello died last night after a brief illness.

Although best known for his appearances in movies like “Moonstruck”, “Do the Right Thing” and “Fort Apache-The Bronx”, pop music fans know him as the man who played Madonna’s dad in her 1986 video for “Papa Don’t Preach.”

Recognizable, if not famous, for his burly build and husky voice, he was an ex-union president who broke into acting in his 30’s and remained a dependable player for decades, whether vicious or cuddly or some of each.

His breakthrough, ironically, was as the hapless lover dumped by Cher in Norman Jewison’s hit comedy “Moonstruck.”

His disillusion contributed to the laughter, and although he wasn’t nominated for a supporting-role Oscar – Cher and Olympia Dukakis won in their categories – Aiello was inundated with movie offers.

In a 1997 interview, Aiello said living in New York City gave him training for any role, saying “I’ve seen people killed, knifed. I’ve got scars on my face. I have emotional recall when I work; the idea is simply to recreate it. I’ve seen it and experienced it. I’ve played gangsters, teachers but most of my work has been in the police area. And for that I’m adored by the police in New York City.”

The ebullient Aiello became a favourite of several directors, among them Woody Allen, who used him in the Broadway play “The Floating Light Globe” and the movies “Broadway Danny Rose,” “The Purple Rose of Cairo” and “Radio Days.”