LADIES: THE SHAT IS READY TO MINGLE 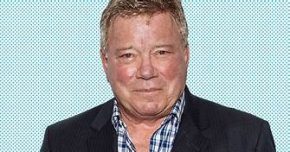 Shatner is an enduring Icon from, among other things, the Star Trek franchise where he originated the part of James T. Kirk in the 1960s.

The Montreal-born actor and author married his soon to be ex-spouse Elizabeth in 2001. She is his fourth wife and apparently signed a prenuptial agreement that guarantees neither will receive support from the other.