Both the UK’s Royal Opera House and New York’s Metropolitan Opera have dropped an Italian tenor over what they’re calling ‘inappropriate and aggressive behaviour on tour.” 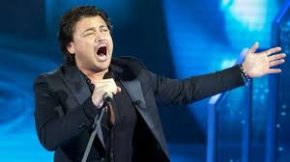 Vittorio Grigolo, who was described by the New York Times as as “perhaps the most dependably exciting singer in opera,” has admitted his personality can be “very exuberant at times.”

At issue is a brawl involving the singer that occurred at a curtain call and afterwards in Tokyo in September.

As a result of his firing, Grigolo will not star in the ROH’s Lucia Di Lammermoor next summer nor will he sing Alfredo in La Traviata at the Met this winter.

The 42 year old posted on line that the episode has allowed him to learn a precious life lesson and he’s promising that “what happened will not happen again in the future.”