MINORITY LIBERALS' THRONE SPEECH TO BE COLLABORATIVE IN TONE, FOCUSING ON MUTUAL PRIORITIES

The 43rd session of Parliament and a new era of minority government opens today in Ottawa with a speech from the throne, read by Governor General Julie Payette. 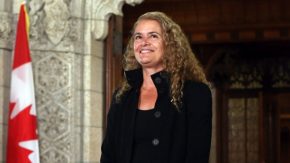 We’re hearing the speech will set a collaborative tone since the Justin Trudeau Liberals will need the support of one or more opposition parties to pass legislation and survive confidence votes.

The speech is expected to highlight Liberal commitments to stronger action to combat climate change, tax breaks for the middle-class, pharmacare and stricter gun control, all of which featured in the platforms of the New Democrats, Bloc Quebecois and Greens.

But the speech is to give only a rough sketch of the priorities which will drive the government in the days to come.

Some of the details will be filled in when the Prime Minister issues objectives to each of his 36 cabinet ministers in mandate letters, expected as early as Friday.