ANOTHER LEGAL BLOW FOR WEINSTEIN

A judge in New York has rejected Harvey Weinstein’s bid to throw out the most serious charges in his sexual assault case, clearing the way for a potential life sentence. 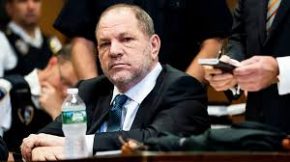 The ruling is seen as a blow to the 67-year old disgraced movie mogul who was seeking to limit the scope of his looming trial and any potential punishment.

Weinstein has pleaded not guilty to the charges and is free on a million dollars bail.

He maintains that any sexual activity was consensual.