Condemnation continues against Britain’s Labour Party Leader Jeremy Corbyn, over claims that anti-Semitism is “poison” inside his party.

The chief rabbi in Britain has launched a blistering rebuke of Corbyn, raising deep worries about Britain’s moral compass if the Labour Party wins next month’s elections. 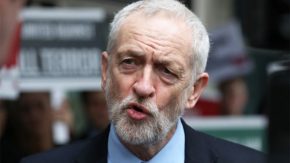 For years, James Corbyn has supported some Palestinian groups and has made appearances on Iranian state TV, acts seen by critics as Corbyn’s opposition to Jewish causes and concerns.

Following the remarks by Rabbi Ephraim Mirvis in London’s Times newspaper, the archbishop of Canterbury and spiritual leader of the Church of England posted a tweet of endorsement, remarking on the deep sense of insecurity and fear felt by many British Jews.

Mirvis is the spiritual leader of Britain’s 62 Orthodox synagogues.

Julia Bard, a Labour Party activist from Corbyn’s London Islington neighbourhood, who is Jewish, said, “I know Jeremy Corbyn. There’s not an anti-Semitic cell in his body.”

Bard, who serves on the editorial committee of the Jewish Socialist journal, said the rabbi’s charges against Corbyn are false and politically motivated.

For his part, Corbyn said in a speech Tuesday, “anti-Semitism in any form is vile and wrong,” calling it an evil within our society and that there is no place for it and under a Labour government, it will not be tolerated in any form whatsoever.