The former Liberal Premier of Nova Scotia, who twice served as a federal MP, has died at the age of 91. 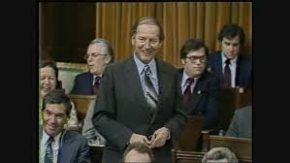 Gerald Regan served as Nova Scotia premier for eight years after winning a minority government in 1970 and a majority in 1974.

After his party was defeated by the Progressive Conservatives in 1978, he returned to the federal arena, serving as an MP under Primer Ministers Pierre Trudeau and John Turner and was Canada’s Labour Minister and Minister for International trade.

Regan was the subject of allegations of sexual misconduct in 1993. He was acquitted after a trial in 1998.