FERTILIZER GIANT NUTRIEN TO HALT OPERATION OF MINE FOR TWO WEEKS

Canada’s largest potash mine announced today it will temporarily shut down and lay off 550 employees as a result of the CN Rail strike. 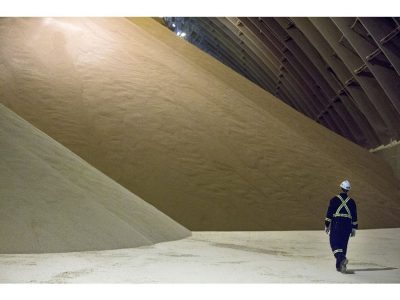 Fertilizer giant Nutrien has notified workers that its mine in southeastern Saskatchewan will halt operations for two weeks starting December 2nd.

The vast majority of the Rocanville mine’s product is shipped by CN Rail, which is now operating at 10% capacity.

The announcement comes two days after news broke of 70 short-term layoffs at CN’s auto terminal in the Halifax area due to halted car shipments.