Canada’s historic run at this year’s Davis Cup continued Saturday with a semifinal win over Russia to put the Canadians into the final at the international tournament for the first time. 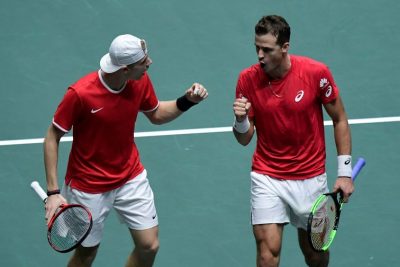 The Canadians will play the winner of the other semi between Spain and Britain in the final on Sunday.

Canada fought back from 0-3 and 2-4 deficits in the tiebreak and earned a minibreak to go up 6-4. The Canadians converted on their second match point when a Pospisil serve was returned wide.

Canada first appeared in a Davis Cup in 1913. The team’s best result was in 2013, when it reached the World Group semifinals before losing 3-2 to Serbia.