We have heard this before… 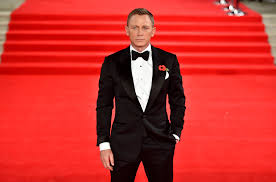 British actor Daniel Craig says he’ll walk away from the Bond Franchise completely after his fifth and final turn as the world’s best known “secret agent.”

Craig has played Bond since Casino Royale in 2006 but told the German website “Express” that he won’t work on another Bond film even behind the camera.  He says it’s too time consuming and all he wants to do is go home, eat something and then go to bed.

“No Time to Die” is scheduled for theatres next April.