There may be relief for people who suffer from frequent migraines. 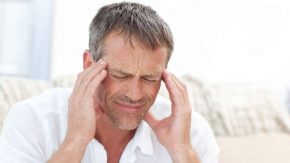 A study published in the journal JAMA says a Phase 3 trial has found a new drug called ubrogepant has been shown to effectively treat migraines and associated migraine symptoms.

Phase Three trials are the third step in testing an experimental drug in humans in order to confirm efficacy and safety before the FDA considers approving it.

Typically, Health Canada follows the lead of the Federal Drug Administration in the U.S.

A randomized, controlled, double-blinded trial found patients who took the medication were migraine-free two hours after taking it.

Those who took at least 50 milligrams of the drug were also free of their most annoying migraine-associated symptom; light sensitivity, sound sensitivity, or nausea during that time.