Coach’s Corner is no more. 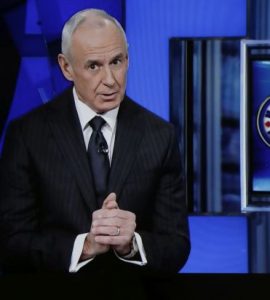 That came from Ron MacLean, as he addressed the dismissal of his former co-host Don Cherry in the first “Hockey Night in Canada” since Cherry’s controversial remarks on poppies, immigrants and veterans during last weekend’s broadcast.

MacLean talked at length about his close relationship with Cherry but said he had to choose “principle over friendship”’ after Cherry made the on-air comments.

The Canadian Broadcasting Standards Council said this week the remarks prompted so many complaints it exceeded the organization’s technical processing capacity.

Cherry has since denied he was singling out visible minorities.