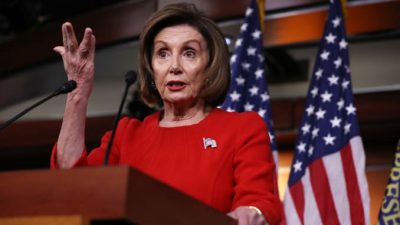 In a news conference Thursday, the California Democrat said an agreement on the pact is “imminent.”

The United States, Mexico and Canada last year agreed to replace the 25-year-old North American Free Trade Agreement with a new version designed to encourage more investment in factories and jobs in the U.S.

But the so-called U.S.-Mexico-Canada Agreement, or USMCA, needs congressional approval. Democratic lawmakers have demanded changes designed to do more to protect workers and the environment and to make sure the deal’s provisions can be enforced.

Pelosi’s upbeat comments suggest progress in negotiations between congressional Democrats and Trump officials at the Office of the U.S. Trade Representative.