SCOTTISH INDEPENDENCE BECOMING A BALLOT ISSUE IN THE UK

Voters in the U-K are heading to the polls on December 12th and Scottish independence may become a ballot issue. 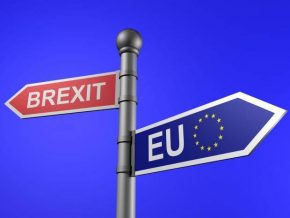 The Scottish National Party currently holds 35 of Scotland’s 59 House of Commons seats. They’re hoping the overwhelming opposition to Brexit will lead them to choose the European Union over the United Kingdom.

In Britain’s 2016 referendum on European Union membership, Scotland voted overwhelmingly to remain in the 28-nation bloc.

The SNP is urging Scots to send its lawmakers to London to bring them closer to another independence referendum.

More than 55 percent voted NO in the last independence vote in 2014.

SNP leader Nicola Sturgeon says that if Jeremy Corbyn’s Labour Party is elected into a minority parliament, her conditions for supporting his government would be a fresh referendum next year.