Chile’s president has asked all his Cabinet members to offer their resignations as he shakes up his government in response to a massive wave of protests. 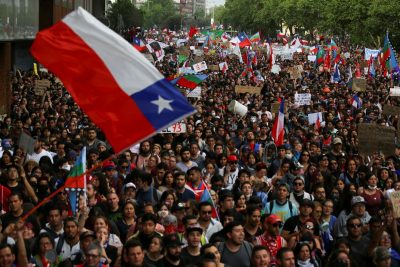 Pinera said he’d heard the message and said, “We have all changed” because of the protests that were triggered by a small subway fare hike and exploded into anger over economic inequality.

The president already has reacted by taking measures including raising the minimum wage and pensions, as well as scrapping the fare increase.