FORD PLANS TO STAY THE COURSE ON CLIMATE CHANGE

Despite all the Liberal votes cast in Ontario in the federal election, the Progressive Conservative Premier of Ontario says he has no plans to change the course his party has set to fight climate change. 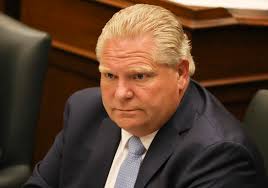 In his first interview since Monday’s federal election, Doug Ford promised to continue the fight against the federal government’s carbon tax.

Ford also said he was largely absent from the campaign in support of Conservative Leader Andrew Scheer because he was never asked, not once, and says besides, he told the party he was too busy running the province to help his federal counterpart.