Syrian state media says government forces have entered the northern Kurdish-held town of Manbij, hours after Turkey-backed opposition fighters announced that they are advancing on the city. 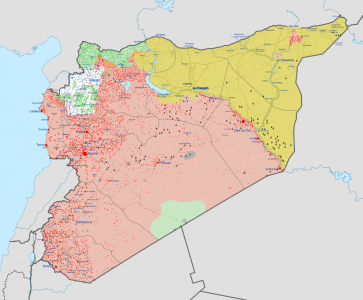 Manbij houses U.S. troops, and an American official says troops are still in the flashpoint city, preparing to leave.

The U.S. and the Syrian Kurds had worked together to fight the Islamic State group since 2014.

But the U.S. recently ordered American troops in northern Syria to step aside, clearing the way for Turkey’s invasion. Ankara considers these Syrian Kurdish fighters as terrorists because of their links to outlawed Kurdish groups in Turkey.

The military action by Ankara sets up a potential clash between Turkey and Syria and raises the spectre of a resurgent Islamic State group.