The recently released “Downtown Abbey” movie has been so well received, the producers are said to be moving ahead with plans for a sequel. 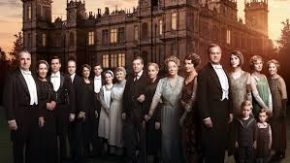 The feature film spin-off of the period drama TV series has so far earned more than $135-million world wide.  An insider tells the British newspaper the Sun that writer Julian Fellowes and his team are over the moon with how this has played out, especially since the movie was made for about $20-million.

Speaking at the movie’s premier in London last month, Fellowes said a follow-up film was likely if the movie was a success.

The movie was based on the TV series which aired on our sister station Vision TV.