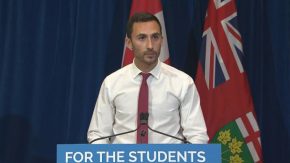 The tentative deal was reached a few hours before the midnight strike deadline. And as CUPE bargaining unit president Laura Walton explained, union negotiators did not make any concessions. 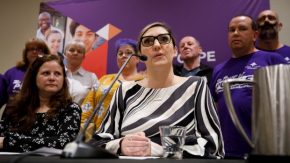 “We were able to retain our existing sick leave plan,” Walton explained to reporters on Sunday night, “It was critical for us to provide that to our members and I am proud that we were able to achieve that. We were also able to achieve modest wage increases and other things that we will go over with members at their ratification meetings.”

Fifty-five-thousand education workers across the province including custodians, early childhood educators and clerical staff would have walked off the job had they not reached an agreement.

At least two-dozen school boards, including the TDSB, were prepared to close schools to ensure student safety.

But again, schools in Toronto, the GTA and across the province are open as usual Monday morning.

As for the remaining and ongoing teacher contract talks, the education minister says he remains optimistic.

Stephen Lecce says he believes there is a path forward in the ongoing negotiations with Ontario’s high school and elementary teachers.