STRANGE TWIST TO THE DEATH OF JOSE JOSE

The body of Mexican crooner Jose Jose has gone missing. 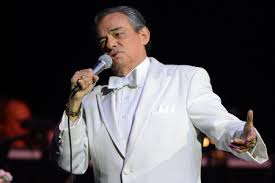 His eldest children visited the funeral home in Miami where they expected his body to be but it wasn’t there and they’re accusing their half sister and her mother of hiding his remains.

Jose Jose, whose real name was Jose Romulo Sosa Ortiz, climbed to the top of the Latin charts in the 1970s and sold more than 100 million albums world wide.

The Legendary crooner was an the elegant dresser who moved audiences to tears with melancholic love ballads and was known as the “Prince of Song.

He died on the weekend at the age of 71.