Space researchers and fans are being given the chance to watch an astronomical phenomenon scientists believe happens every 10 to 100 thousand years. 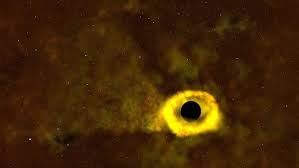 NASA satellites have spotted a black hole consuming a star, shredding it to pieces.

NASA says a satellite called TESS happened to be looking at the right part of the sky at the right time so it caught the very beginning of this event known as a tidal disruption.

The planet hunter monitors large swaths of the sky, called sectors, for 27 days at a time.

This lengthy view allows TESS to observe transits, periodic dips in a star’s brightness that may indicate orbiting planets.