In what is considered a devastating blow to Boris Johnson’s government in Great Britain, the U-K Supreme Court has ruled against his suspension of Parliament. 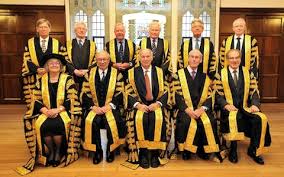 Speaking for the court, Madam Justice Brenda Hale said all 11 judges had ruled that Johnson’s government had actually shut Parliament to squelch debate on its Brexit policy.  She says that means Parliament was never legally suspended and is technically still sitting.

Commons speaker John Bercow has welcomed the ruling and says Parliament must now convene without delay.

Scottish National Party lawmaker Joanna Cherry, one of the people who brought the legal case against the prime minister, said Johnson should have the guts to do the decent thing and resign.