Ontario premier Doug Ford has gone to Ohio to try and drum up business for Ontario. 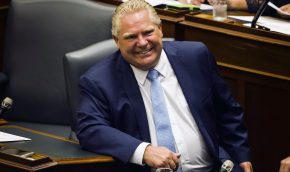 He’s not the only Canadian premier in the state for a visit. Joining him is Alberta premier. The two like-minded premiers are joining forces to advocate for their respective provinces.

The premier took shots at the federal government, saying there are strong divisions between the provinces and Ottawa.

“Our federal government doesn’t see eye-to-eye with a lot of the premiers,” said Ford, who took part in a fireside chat with Kenney.