Fans of the Crawley’s are gearing up for the release of the new “Downton Abbey” movie, which hits theatres in Canada this week. 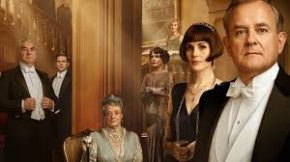 The movie revolves around a Royal Visit and according to the synopsis, will unleash scandal, romance and intrigue that will leave the future of Downton hanging in the balance.

The film was written by series creator Julian Fellowes and stars the original cast.