A giant of 20th century photography whose seminal book, “The Americans,” captured singular, candid moments of the U-S in the 1950s has died at his summer home on Cape Breton Island. 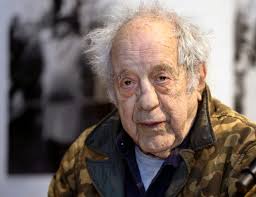 Robert Frank, was born in Switzerland and lived in New York, but spent his summers in the rural community of Mabou, Nova Scotia.

He was also a filmmaker who shot and edited more more than 30 movies and videos, including a graphic, censored documentary of the Rolling Stones’ tour in 1972.