ALZHEIMER'S DISEASE MAY NOT JUST BE CAUSED BY PLAQUE BUILDUP ON BRAIN: U.S. RESEARCHERS

U.S. Researchers are changing their way of looking at Alzheimer’s disease and revising theories on what causes it. 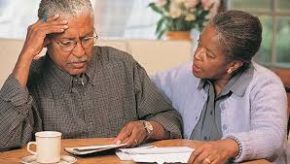 University of Kentucky scientists who compare brains donated from people who died with the mind-robbing disease, very rarely find one that bears only Alzheimer’s trademark plaques and tangles and no other damage.

Donna Wilcock, an Alzheimer’s specialist, says contrary to popular perception, there are a lot of changes that happen in the aging brain that lead to dementia in addition to plaques and tangles.

For years researchers have been guided by one leading theory; that getting rid of a buildup of a sticky protein called amyloid would ease the mind-robbing disease.

Yet drug after drug has failed.

They might clear out the gunk, but they’re not stopping Alzheimer’s.

On the list, researchers are targeting the brain’s specialized immune system, fighting inflammation, even asking if simmering infections play a role.