WE DON'T HAVE SMOG DAYS ANYMORE, BUT WILL THIS LAST?

Remember the Summers in Toronto when it felt like every second day was a smog day? 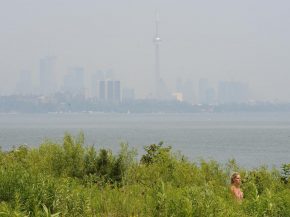 Back in summer of 2005, we saw 48 smog days. That summer six people died in part because of air pollution.

But since 2014, Toronto has only had one smog day.

2014 was also the year the former Liberal government at Queen’s Park shuttered the last of the province’s coal fired electricity plants, the equivalent of taking 7-million cars off the roads.

But that wasn’t the only positive change. Experts say pollution decreased due to Drive Clean, the province’s vehicle emissions testing program. There were also reductions to industrial emissions both here and in the United States.

But will this clean air last into the future? (See the full article in the Toronto Star for the answers.)

According to the International Agency for Research on Cancer, which is part of the World Health Organization, diesel exhaust is a carcinogen and a concern. But the Ford PCs at Queen’s Park are now reviewing the current emission standards for diesel which experts applaud.