If B.C. residents have their way, the twice annual clock change will be a thing of the past.

The B.C. government has announced overwhelming support from the public to stay in one time zone year round. 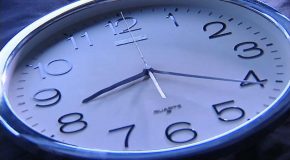 More than 93 percent of respondents say they don’t want to turn back the clocks in the fall.

The premier’s office says more than 223,000 people responded to the survey.

The government says they would only adopt year-round daylight saving time only if west coast American states also adopted it.

And the northeastern part of B.C. is already ahead of the curve. They never change their clocks so in places like Fort St. John, they spend half the year in the mountain time zone and when most people spring forward, they find themselves in the Pacific time zone.

The discussion around abolishing time changes has been gaining steam in a number of places around the world.