Passengers planning on flying to the UK on British Airways from Pearson over the next few days may have to rethink their travel plans. 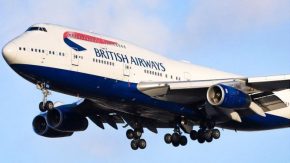 British Airways, one of the biggest airlines in the world, is cancelling most of its flights because of a 48-hour strike by their pilots.

The departures schedule from Pearson shows that British Airways flights scheduled for 6:30pm and 9:50pm Monday have been cancelled. As of Monday morning, the flights for Tuesday are still listed as on-time but if the strike does last for 48-hours, it’s possible those could be impacted.

The airline says they were forced to cancel the flights because they don’t know which pilots would show up for work and what planes they would be qualified to fly.

The pilots are scheduling another day of job action on September 27th.