With federal election campaigning set to underway in earnest in the coming days, Environment Minister Catherine McKenna says the severity of threats against her now require her to have an occasional security detail. 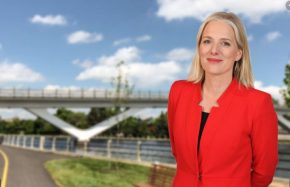 Minister McKenna says she’s been sworn at in front of her children and called a ”communist piece of garbage” and ”climate Barbie.”

She says online abuse is nothing new, as she has been on the receiving end of those  since taking office, but the in-person attacks have gotten much worse in recent months.

Meanwhile, the federal parties are also focusing on ways to strengthen training against harassment whilst on the campaign trail.

All Liberal candidates and campaign managers are required to take mandatory sessions on awareness and responsibilities when encountering discrimination and harassment.

The Conservatives meanwhile are also running the largest training program in their history, while the New Democrats say they also have an anti-harassment policy.