WHITNEY HOUSTON RETURNS AS A HOLOGRAM

She may have died in 2012 but singing legend Whitney Houston is not gone, nor is she forgotten. 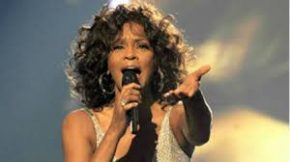 Plans have been announced for Houston to tour the United Kingdom next year in hologram form with her real back-up singers and band.

The show is being staged by the same company that produced hologram programs for late artists like Roy Orbison and Buddy Holly.

In May the Houston estate signed a multi-million-dollar deal with music publisher Primary Wave. It has the potential for a Broadway musical, branding deals and an album of unreleased tracks.