Cancer has become the leading cause of death in wealthy nations, overtaking heart disease, according to the results of two landmark, Canadian, decade-long global surveys of health trends. 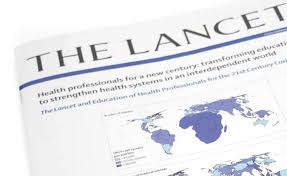 The results, published today in the British Medical Journal “The Lancet,” suggest heart disease remains the leading cause of mortality among middle-aged adults globally, accounting for more than 40% of deaths, or almost 18-million in 2017.  But in richer countries, cancer now kills more people than heart disease.

Laval University Professor Gilles Deganais, says his team’s study showed that cancer was the second most common cause of death globally in 2017, accounting for just over a quarter of all deaths. It conversely found that non-infectious diseases such as cancer and pneumonia were less common in low-income states than in richer ones.

A second study, by researches at McMaster University in Hamilton, looked at data from patients in the same 21 countries and found that so-called “modifiable risk factors” accounted for 70% of heart disease cases globally.

McMaster Professor Salim Yusuf says governments in poor to middle income countries need to start investing a greater portion of their gross domestic product in preventing and managing non-communicable diseases including cardiovascular disease, rather than focusing largely on infectious diseases.

The study followed more than 160,000 adults, in high-middle-and low-income countries over the course of decade. It determined that people in poorer nations were on average 2.5 times more likely to die from heart disease than those in richer ones.