REEVES AND MOSS TO REUNITE IN "MATRIX 4"

After repeated denials, Toronto’s Keanu Reeves has confirmed he’ll be back for a fourth film in “The Matrix” franchise, joined this time around by Vancouver’s Carrie-Anne Moss, who starred with Reeves in the 1999 original. 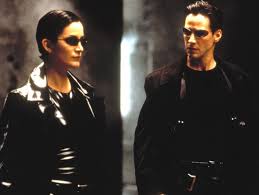 No word yet on whether Lawrence Fishburn will return as the mentor Morpheus.

The Matrix is the story of Neo, a computer programmer who discovers that humans have been turned into an energy source and trapped in a virtual reality.