The Federal Conservative leader is continuing his push to find out whether Prime Minister Justin Trudeau’s actions on the SNC Lavalin file were criminal. 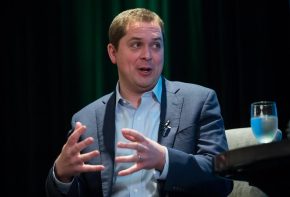 Andrew Scheer is calling on the RCMP to take another look at the information contained in the Ethics Commissioner’s report.

“The lengths to which the PMO went to get it’s way in the SNC trial as the ethics commissioner are truly breathtaking,” said Scheer.

“We recognize that things should have been done differently,” Trudeau explained to reporters in Quebec, “and that’s why months ago we asked former attorney general Anne McLellan to have conversations and consult the experts, former attorneys general, constitutional law professors, to establish a way forward so that neither our government nor any other government finds himself in the difficult situation we found ourselves in.”

Last week, Jody Wilson-Raybould said she was contacted by the Mounties in the spring over the SNC Lavalin affair, but declined to comment on the content of her discussions with them.

In a statement, the RCMP says the matter is being examined carefully with all available information and will take appropriate actions as required.

The ethics commissioner says Trudeau violated the Conflict of Interest Act when he pressured then attorney general Wilson-Raybould to go easier on the engineering giant in its bribery trial.