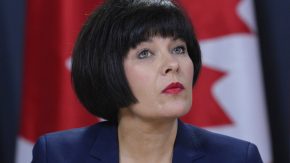 But a spokesperson for federal health minister Ginette Petitpas Taylor says the government is keeping a close watch on the supply of intravenous drugs.

Alexander Cohen says the government has facilitated the importation of an international supply of etoposide in the short term, with the shortage for that drug expected to be over by the end of September.

In the case of vinorelbine, he says the company Generic Medical Partners is putting in place a distribution plan to supply 75 per cent of demand for current orders by October.

And for leucovorin, Cohen says the federal government is working with companies on options to import an international supply as soon as possible.