WOZNIAK TO BE INDUCTED INTO HALL OF FAME

Former world No. 21 and a multiple former Tennis Canada Female player of the year will be inducted into the Tennis Hall of fame in Montreal tonight. 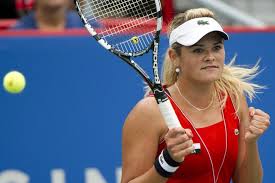 Wozniak says her parents used to bring to Rogers Cup matches when she was a little girl and that ignited her passion for the game.

The 31 year old turned professional in November 2005, achieved a career-best ranking of No. 21 in 2009, making her the fifth highest-ranked Canadian singles player of all time. She won one WTA and eleven ITF tournaments