To the delight of Star Wars fans the world over, on Monday Mark Hamill shared his original screen test for the movie franchise, opposite Harrison Ford. 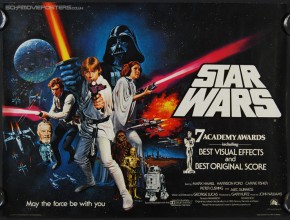 The now 67-year-old, who would go on to play Luke Skywalker, posted the footage on Twitter, revealing neither he nor Ford had read the script up until that point.

They would, of course, go on to become movie icons following the release of the first Star Wars film, Episode IV – A New Hope in 1977.

Hamill also noted that he and Harrison hadn’t met before they were asked to try out together for the film.

You can watch the screen test below.

My screen-test for @starwars w/ Harrison on the 1st day I ever met him. Neither 1 of us had read the script at this point, only this 1 scene. I asked George what kind of movie it was-“Let’s just do it, we’ll talk about that later” We never did talk about it later-we just did it. https://s3.amazonaws.comt.co/e7cHWoLmJk