NEW VERSIONS OF "RISE UP" TO HELP YOUTH CHARITIES

35 years ago “Rise Up” was the hottest song on the radio. 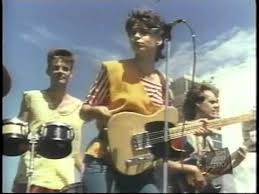 Now, singer/songwriter Lorraine Segato has recorded two new versions of the Parachute Club hit and plans to donate the proceeds to youth-oriented charities.

The 62-year old Hamilton native says the songs are an antidote to the hate filled politics currently straining the social fabric. She calls “Rise Up” an anthem to empowerment, freedom and equality.