POVERTY EXISTS IN EVERY ONTARIO RIDING

Feed Ontario has developed a new map, designed to show provincial politicians where the pockets of poverty are across the province broken down by electoral ridings. 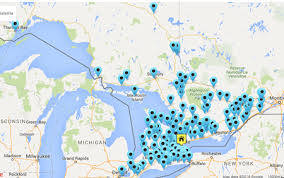 The number of seniors over 65 using food banks has nearly tripled over the past ten years, going from 3% to 8%.