BORIS JOHNSON TO BE THE NEXT BRITISH PM 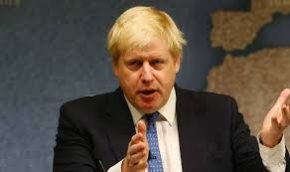 He received 87% of the party’s vote for a new leader and will replace Theresa May at Number 10 Downing street.

He’s a Brexit hardliner who has vowed Britain will quit the European Union, October 31st even if it means leaving without a divorce deal.

The British Parliament has repeatedly refused to take the UK out of the EU without a withdrawal agreement.

Johnson will officially take over from May in a ceremony tomorrow.