Word out of Atlanta is that Canada’s favourite singer songwriter is laid up and won’t be playing a show scheduled for tonight at the Cobb Performing Arts Centre. 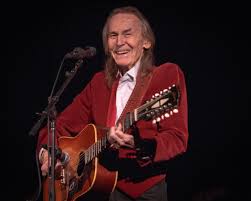 A tweet put out by Gordon Lightfoot indicates he has suffered a leg injury that’s left him unable to walk.

The Tweet goes on to say Gord is expected to make a full recovery and the show will be rescheduled.

The 80-year old recently confirmed he’s quit smoking and is working on a new album.