It’s been nearly four years since Justin Trudeau opted not to move into the prime minister’s official residence over concerns about its crumbling state. 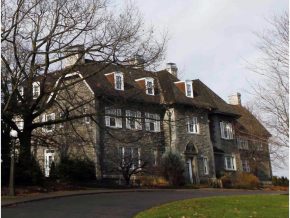 And still, the home at 24 Sussex Drive remains vacant, except for staff who continue to use the kitchen to prepare meals for the prime minister and his family.

David Flemming, with Heritage Ottawa, says no one expects the National Capital Commission to decide the fate of 24 Sussex until after the October federal election.

The opposition federal Conservatives accuse the Trudeau government of dithering over upgrades and needlessly costing taxpayers more money in the process.

Trudeau himself, who lived at 24 Sussex as a child when his father Pierre was prime minister, acknowledged in an interview last year that no prime minister wants to spend a penny of taxpayer dollars on upkeeping the house.