BELOVED CHILDREN'S ENTERTAINER TO BE HONOURED

The late “Mr. Dressup,” children’s entertainer Ernie Coombs is among the latest inductees to Canada’s Walk of Fame. 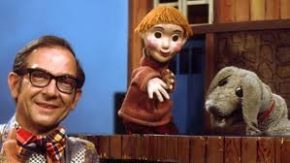 The induction ceremony is scheduled for November 23rd at the Metro Toronto Convention Centre.