Celebrated actor and wildman Rip Torn, a constant presence on stage and screen since the mid-1950s, has died. 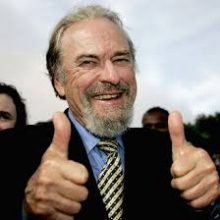 He was nominated six consecutive times for an Emmy Award and won in 1996 for best supporting actor in a comedy series for his role as Artie on “The Larry Sanders Show,”‘

Torn was a stage actor and a movie star, known for his roles in the “Men in Black” film franchise and was known for his eccentric and occasionally violent antics when the cameras weren’t rolling.

Torn passed away peacefully yesterday afternoon at his home in Connecticut at the age of 88.
.