The Trudeau government is being accused by Conservative Leader Andrew Scheer of creating an unprecedented crisis inside the Canadian military, after word it’s losing another second-in-command. 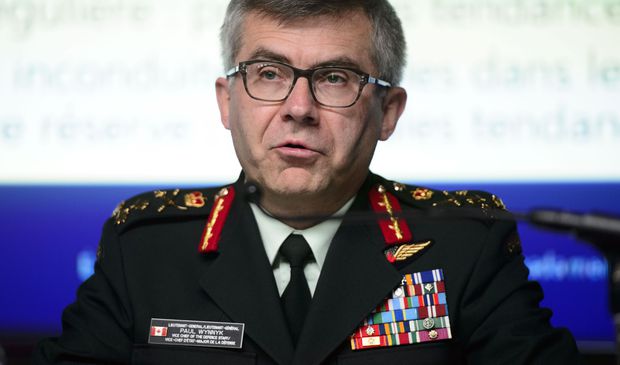 (Sean Kilpatrick/Canadian Press)
Lt-Gen. Paul Wynnyk tendered his resignation as the vice-chief of the defence staff, which he linked to an aborted effort to reinstate Vice-Admiral Mark Norman.

Wynnyk made the connection in a  resignation letter he sent to defence chief Gen. Jonathan Vance that was leaked to the media.

Wynnyk’s departure, effective next month, is the latest blow to the military, whose top ranks have been in a state of disarray since Norman was suspended as second-in-command in two years ago.

In a statement, Scheer lays the blame at the government’s feet, alleging the Liberals interference in Norman’s breach-of-trust case has now ruined the careers of two military officers, and caused chaos in the Forces.

The government’s denied allegations it interfered in Norman’s case, in which he was accused of leaking government secrets to a Quebec shipyard, before the charge was stayed in the spring.