Toronto’s medical officer of health is warning of troubles to come from Ontario’s loosened rules around alcohol.

Dr. Eileen de Villa says regulations which make it easier to buy and consume alcohol do not take health repercussions into account. 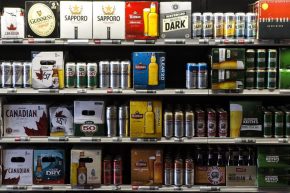 “What’s being sought, or proposed by the province has to do with increasing access to alcohol, whether it’s increasing the number of retail locations or the types of retail locations, like selling alcohol at convenience stores, in big box stores and in more grocery stores, or increasing the hours of service, these are the kinds of changes that are being proposed currently by the provincial government,” de Villa explained.

Dr. de Villa notes increased access to alcohol leads to a spike in consumption and higher rates of alcohol-related harms.

Her report for the city asks staff to do what they can to make sure alcohol sales are expanded slowly.

She says alcohol affects thinking and behaviour and it has a number of other effects on physiology.

The Ford Tories at Queen’s Park approved legislation late last year which allows alcohol to be sold in Ontario between 9am and 11pm, 7 days a week.