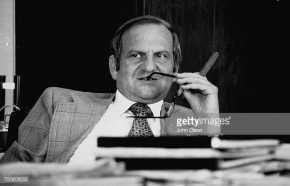 That was the famous catch phrase of former Chrysler CEO Lee Iacocca, who has died in Bel Air, California at the age of 94.

Known as a master pitchman, Iacocca put the Mustang front and centre in Ford’s 1960’s lineup. Two decades later, he took on the role of corporate folk hero in resurrecting troubled automaker, Chrysler.

Iacocca helped launch some of Detroit’s most significant cars including the minivan, the Chrysler K-car and the Ford Escort.